The spectral comparison score (SCS) algorithm provides a well-defined quality control approach for PRM based quantitation of lipid mediators. The score is based on the correlation between structural similarity and MS/MS fragmentation profile. All fragment ions above a user defined threshold are considered to calculate a score based on matching m/z and Spearman’s rank correlation between fragment intensities. SpeCS was developed to

A set of filters can be employed to delete background signals and/or select only fragments that fit the user-defined compositional constraints.

Additionally, this release contains an updated library of LMs for the Q Exactive with 13 new lipid mediators. 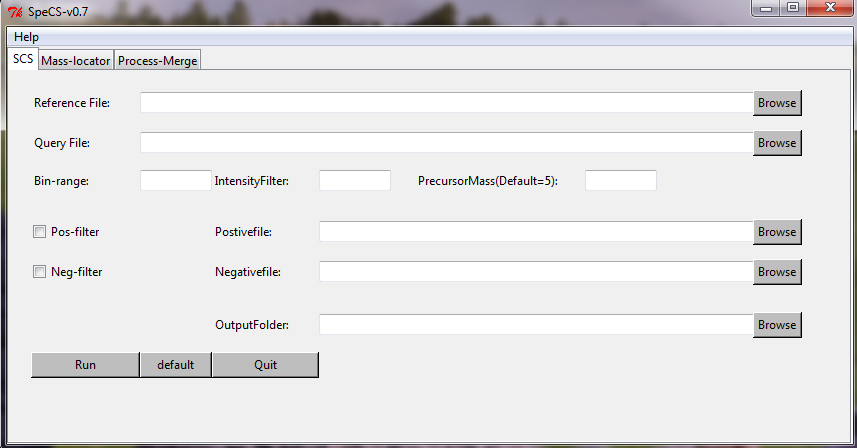 GUI for the calculation of the Spectra Comparison Score (SCS). SpeCS is able to automatically filter peak lists by matching with a library of background or target mass lists. Peak lists are compared considering user definable settings for mass accuracy and intensity threshold settings. The calculation of the score is based on Spearman's rank correlation of matched signals.